Home Covid-19 On the frontline: Public-dealing government officials work on without a vaccine plan

The government’s COVID-19 vaccine roll-out plan—which prioritises immunising frontline healthcare workers and the elderly over the general populace—has found few critics. It is widely regarded as a reasonable policy as it protects those who have been continuing to perform their duties despite facing a high risk of infection, as well as the most vulnerable.

However, many government bureaucrats, especially those who work with the public on a daily basis, have expressed concern over the lack of protection they have received, claiming that they should also be considered “frontline workers.”

Speaking to The Correspondent on the condition of anonymity, employees of National Database & Registration Authority (NADRA), State Bank of Pakistan (SBP), Pakistan International Airlines (PIA), and Passport and Immigration Department explained how their offices have been affected by the pandemic.

“Although the Ministry of Interior has issued a letter to all regional offices asking them to reduce staff by 50% and allow employees above 60 to work from home, the implementation of this has been left to individual in-charge officers,” said a bureaucrat from NADRA.

“Our operators are still working, still dealing with the public that comes from far away places, often using public transport; there are only so many precautions we can take. This is especially problematic for those working in public dealing offices that handle people coming from overseas or going overseas, such as PIA, NADRA, and Passport and Immigration.”

“We don’t mind working during the pandemic, it is our national duty, but the government should also consider us for early vaccinations,” he added.

“In the US, for example, essential frontline workers, not just frontline healthcare workers, are prioritised for vaccinations – this includes teachers, policemen, and government servants.”

“It is not like the government doesn’t recognize we are at a special risk. Our offices are routinely tested—free of cost—when there is a suspected case, or when a department request is sent to the district health authorities. This is a great initiative, and we are thankful they are doing this. The same policy should apply for vaccine,” he added.

Others have pointed out how government employees have already been suffering from COVID-19 infections.

“COVID-19 outbreaks have been emerging in regional offices, but are usually not reported,” said one bureaucrat working in Islamabad.

“A few months ago, six to seven top officers of the Passport and Immigration head office in Islamabad tested positive; thankfully, all of them made full recoveries. Next time, we might not be so lucky. Look at the tragic case of the Federal Public Service Commission (FPSC) Chairman. He passed away from the virus before he could take charge of the position.”

“They had to seal FPSC offices, and they had to seal the Inter Board Committee of Chairmen (IBCC) offices as well when their Director tested positive. I remember the passport office in Layyah had to shut down for a week when two of its watchmen tested positive for the virus. Many other government offices have had to face similar problems,” he added.

However, members of the SBP and PIA were far more optimistic of their organisation’s ability to look after them. They were also much more stoic in their outlook: “We are not frontline workers at all, only doctors and paramedical staff should be considered frontline fighters against COVID-19.”

However, they too expected to receive preference and official support for immunisation. One SBP official said: “We expect our organisations to bear the cost of treatment if we get sick on duty. They should also provide us with the vaccine when it becomes available.”

As the National Command and Operation Center (NCOC) has opened registrations on January 10 for frontline healthcare workers, and the first batch of vaccines is expected to arrive at the end of January, government officials are considering petitioning the federal government to consider their plight as well.

“We are in the process of drafting a letter to the government, we hope for a favourable response,” one NADRA official said. 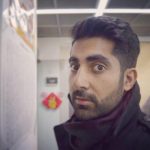 The author is the former editor of The Correspondent.
He can be reached at sarmadiqbal@thecorrespondent.com.pk

Europe could be headed for pandemic endgame: WHO

Europe could be headed for pandemic endgame: WHO

Taliban hail Oslo meet as success ‘in itself’