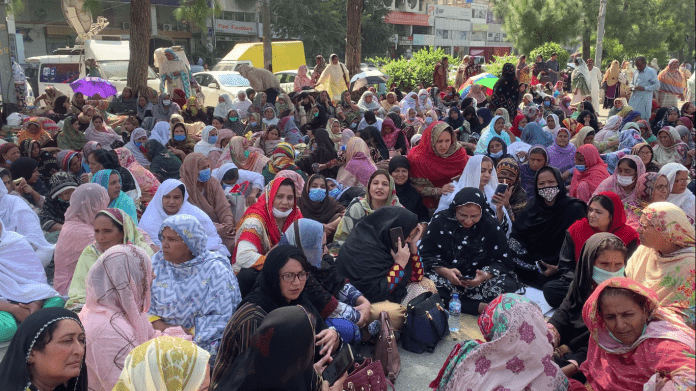 On Monday October 20th, Lady Health Workers (LHW) ended their six-day long sit-in at the D-Chowk in Islamabad. The protest was in response to the government failing to increase worker salaries and allowances keeping in mind the rising inflation and food price hikes. Furthermore, the unions demanded a basic pay scale structure and measures to end the down-sizing of government departments.

The government’s delegation was headed by Minister of State for Parliamentary Affairs Ali Muhammad Khan. The two parties held a three-hour-long round of talks, after which the government accepted all six demands of the unions.

In the document signed, the government agreed to the following demands:

Announcing the end of the sit-in, president Lady Health Workers said that we are delighted that our hard work has paid off. Rukhsana Bibi thanked the administration and the Prime Minister and hoped that the government would fulfil its promise.

All preconditions of IMF met for revival of loan

All preconditions of IMF met for revival of loan

Nadal on brink of history after beating Matteo Berrettini to reach...

Bilawal vows to march towards Islamabad to get rid of govt

Pakistan has become ‘more corrupt’ in a year, Transparency International

No let up in coronavirus positivity ratio in Pakistan