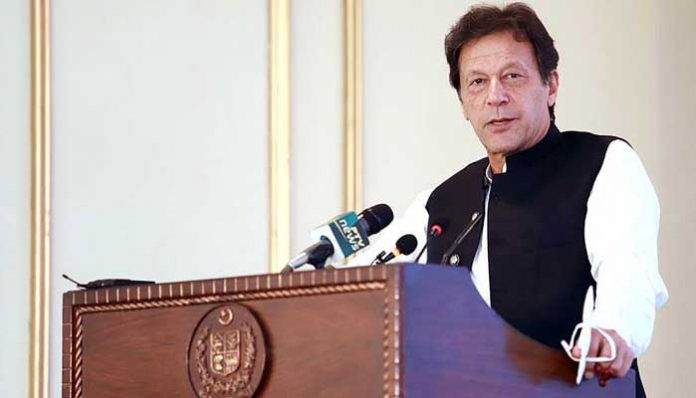 ISLAMABAD: Prime Minister Imran Khan inaugurated the first-ever local cardiac stent producing unit in the country at NUST University on Friday, making Pakistan the 18th country in the global ranking to produce it.

The ‘N-Ovative Health Technology Facility’ at NUST will be the first of its kind to locally manufacture cardiac stents. Pakistan has become the second Muslim country after Turkey in the local production of such stents, while also being second to India in South Asia.

In a half-an-hour long inauguration speech at the event, PM Imran Khan expressed his happiness and congratulated NUST on achieving the feat of producing locally made stents.

PM Imran said that in Pakistan and the world, “most people die due to heart diseases”, noting that it was an expensive treatment.

He said the locally produced stents will benefit the country by saving foreign exchange (by preventing imports) as well as helping treat more poor patients as they will be cheaper in comparison.

“You saved our foreign exchange [reserves] and gave us the opportunity to provide treatment to more poor patients,” PM Imran Khan told the gathering.

PM Imran noted that exports of the country had fallen, adding that no country can prosper when “dollars go out more” and are “coming less” in the country. He added that, due to this factor, the country has to go to the International Monetary Fund (IMF) as the country’s “dollars decrease and reserves deplete”.

“Reserves will fall when there is a trade gap of $40 billion, the pressure will fall on foreign exchange reserves,” he explained. He also added that the same problem also causes inflation in the country.

“If we want to develop our country, more dollars should come in to the country than than they go out,” he said. He shared the example of China and Turkey, which he said had prioritised exports, saying that China’s wealth increased when their exports went up.

PM Imran shared that he had heard speeches of Turkish president Recep Teyyip Erdogan when he took charge as prime minister, in which he had emphasized that increasing exports was the first priority for his country.

The premier also shared that Pakistan’s direction had been on course in the ’60s when its exports were increasing. He added that in the ’70s, the country got confused with socialism or Islamic socialism.

“The direction now needs to be corrected again and the mindset needs to be fixed. The challenge we face is that government departments need to be told that they have to go on this direction,” explained PM Imran.

Hitting out at the Opposition on recent political developments, Prime Minister said giving an ‘NRO’ — relief from corruption cases — to his opponents is an “easy path” for him to take, but it is the “path to destruction”.

He said the country was “going in the right direction”, and that giving an NRO at this moment would be the easy way out from the difficulties he faces as premier.

“You wake up in the morning and you have all the dacoits gathered up against you, and [you want to] go for the easy way and compromise,” he said, perhaps hinting at the political choices he faces these days.

The “easy way” is to “forgive them all and give an NRO”.

Lastly, addressing the students, PM Imran urged them to recognize their potential.

“Through my experience, the most important lesson I want to give you that will benefit you is that humans have the potential that no one else has,” said PM Imran.

He added that, unfortunately, humans “limit their vision so much” that they put a cap on their own potential and put limitations on themselves.

“The number one requirement for it [success] is what your vision for life is. Define what kind of human being you want to be, and when you decide what you want to become, that will define your potential,” explained PM Imran.

The premier told the students that the potentials humans have is “limitless” and urged them not to limit their imagination.

Member of staff, the author is a Political Science alumna from Lahore University of Management Sciences (LUMS). She keeps an eye out for issues of social justice, censorship and our changing political discourse.
She can be reached at rabeeaqamar@thecorrespondent.pk

India is ‘mothership’ of terrorism in South Asia

Snowstorm bring life to a standstill in Greece, Turkey