Home Uncategorized US Election 2020: What changes can Pakistan expect in the region? 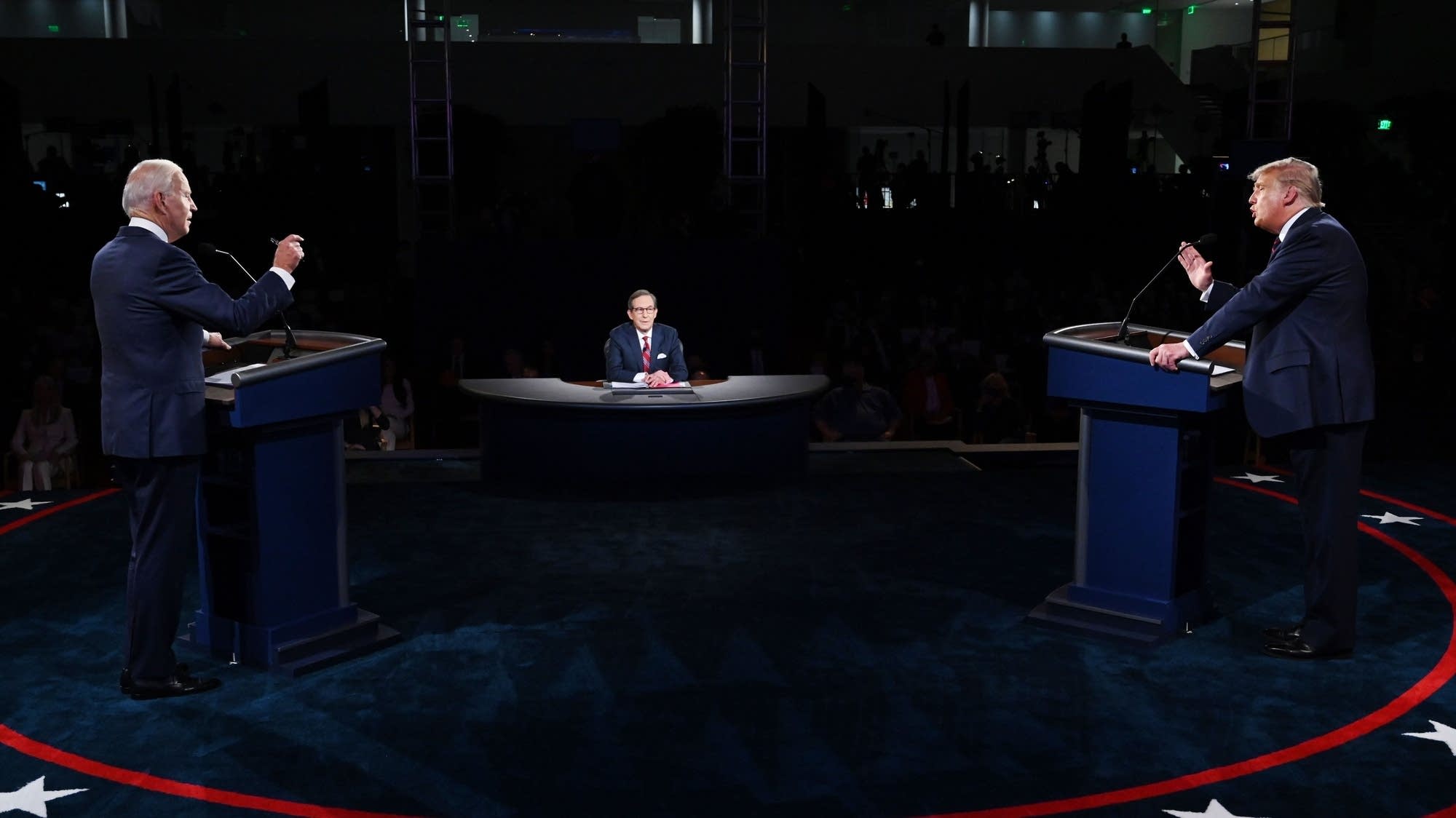 The 2020 US Presidential Election is being watched closely by countries across the globe as the superpower is on the home stretch of what is being considered the most important election of modern US history.

Donald Trump, the Republican nominee and current President is facing off against Democratic nominee Joe Biden, who served as Vice-President to Barrack Obama from 2008 – 2016. Both candidates are campaigning on starkly different policies; be it the Covid-19 crisis, economic policies, health-care, or foreign policy. The outcome of this election will send ripples across the world, especially due to the vastly different stances each candidate has on the United State’s foreign interests.

Pakistan and its immediate neighbours will be watching even closer; their regional conflicts are influenced heavily by the US. How will these issues pan out after the election?

Since Trump has taken office, the US-China relationship has become one of Trump’s favorite talking points. One of his core campaign promises in 2016 was to bring jobs back to America by increasing internal manufacturing and slapping heavy import tariffs on China. He started a trade-war earlier in his tenure – forcing China to come to the negotiation table – and finally reached a Phase 1 deal in January.

However, because of the pandemic and his disdain for China’s handling of it, Trump’s administration is holding off any talks for Phase 2. Trump has been blaming Beijing for heavily understating the severity of the pandemic; time and time again bringing it up at his campaign rallies and in interviews, accusing China of not making international leaders aware of the threat before it was too late. This only intensifies his administration’s already fragile relationship with China.

Biden counters that not all blame for the pandemic should be put on China, but rather Trump disregarded US intelligence warnings about the pandemic in February. Nonetheless, he shares the same view as his opponent, that the US needs to deal with China in a tough manner.

During his tenure as Vice-President, his administration had a more corporate attitude towards China, which persisted until their last year in office, when China broke an agreement “to stop the cyber theft of intellectual property”. This time around, his rhetoric has changed to be more antagonistic, but what remains unclear is exactly how tough he wants to get with China.

His strategy to counter China is through rebuilding relationships with allies who have lost trust in the US during Trumps years in office. This means entering back into the Paris Agreement, unfreezing their funding to the WHO, and joining “close ranks with NATO allies”

Beyond differences in approach and tenor, both candidates have the same stances on key strategic flashpoints, such as Taiwan, Hong Kong, South China Sea, and Chinese tech companies. We can expect both candidates to let the State Department and the US military take the lead on these issues.

This is perhaps one of the only issues where there is bipartisan agreement on the specifics as well as the stance. Both Trump and Biden plan to withdraw troops from Afghanistan. The Trump administration signed an agreement with the Taliban in February and have continued to abide by that. The policy on Afghanistan has become so bipartisan that the leadership on this has been given to the Department of Defense.

The US government has negotiated a peace deal with the militants, but is still waiting for talks to start between the Taliban and Afghan government. It is unclear how the power dynamic will shift within Afghanistan once the US pulls out, with countries like Pakistan, India, Iran and China involved in the post-US departure landscape.

However, electoral showmanship might change these plans. Trump, confined to the White House where he is being treated for COVID-19, on Wednesday tweeted that all U.S. troops in Afghanistan should be “home by Christmas,” just hours after his national security adviser, Robert O’Brien, said Washington would reduce its forces in Afghanistan to 2,500 by early next year.

With Pentagon officials blindsided by this announcement and trying to push back against this short deadline, the exact timeline of the US withdrawal remains unclear.

Here the stances differ the most between the two candidates. Tensions between Iran and the USA have been high throughout Trump’s administration. They soared when the US pulled out of the Joint Comprehensive Plan of Action, which was an agreement between the P5 + 1 signed during Obama’s administration in 2015. Under this deal, Iran agreed to “limit its sensitive nuclear activities and allow in international inspectors” in return for sanctions being lifted from Iran.

In May 2018, Trump announced that the US would be withdrawing from this agreement. Following the withdrawal, in November 2018, US sanctions came back into effect, dramatically affecting Iran’s policies. Earlier this year, tensions reached a new high when the US killed top Iranian General Qassem Soleimani in an air strike in Iraq, to which Iran retaliated by issuing an arrest warrant against Trump and many of his aides. Iran also declared that it would no longer abide by the deal, but would coordinate with the International Atomic Energy Agency.

If Trump were to win another term in office, he would most likely slap more sanctions on Iran, further isolating them from the global financial system. This may not make such a big difference to Iran though, since they are already so heavily sanctioned. It is important to note that the US imposing these sanctions is being frowned upon by the international community, including US allies. The majority of the United Nations Security Council have agreed that the US does not have rights to impose sanctions on Iran since they have withdrawn from the deal.

Biden was part of the administration which led the way for the nuclear deal to be signed, which was supported by America’s European allies in addition to Russia and China. This deal was a high priority goal for the Obama administration, in which Biden was a key player in arguing the case to Senate Democrats. In a CNN editorial on Sept. 13, Biden wrote that he would re-enter the 2015 agreement, but only under the condition that Iran also returned to compliance. He called Trump’s strategy of imposing sanctions a failure, citing that Iran is now closer to a nuclear weapon than they were before Trump came into the Oval Office. He also pointed out the growing differences between the US and allies under the Trump administration, referring to Trump’s failed attempt at re-imposing UN sanctions on Iran, to which no other US ally agreed.

However, lifting sanctions will not be an easy task. Biden’s administration will have to prove that Iran is abiding by the agreement and not working on any nuclear proliferation. In the editorial, Biden also talks about his plans to end the war in Yemen, call out the Iranian regime for human rights violation, and ending the discriminatory Muslim-majority country ban that Trump has imposed.

There are many parallels between Modi and Trump’s leadership styles. Both have a very nationalistic and populist rhetoric, emphasizing the advancement of their own country over all else. They both dislike critical media, disregard norms, and like to exercise their own executive power at the cost of state institutions, albeit being the leaders of the two of the largest democracies of the world. Trump has attempted at going against Congress and the Constitution “over his hardline immigration policies” to refusing to give military aid to the Ukraine, which was approved by Congress. Modi has done the same, taking actions which declare himself “constitutionally about the law”. A prime example of this is when Modi unilaterally invalidated Jammu and Kashmir’s autonomy, by imposing new citizenship laws which discriminate against Muslims, which is India’s only Muslim-majority state. Modi’s BJP party have also furthered their Hindu nationalistic agenda by discriminating against anyone who isn’t Hindu. During Trump’s visit to India in late February 2019, he failed to address any human rights violations going on there, but instead happily cozied up to Modi during their photo-ops.

Beyond the publicity both leaders draw from each other there are strategic and economic reasons for the strengthening relationship between India and the US. The saying ‘the enemy of my enemy is my friend’ is especially evident in the India-US relationship, particularly under Modi and Trump’s respective administrations. China’s growing presence in the Indian Ocean is of concern to both nations, and they need to work cooperatively to counter the rising power that is China. One place that differences do remain, though, is the trade relationship. The US is India’s largest trading state, and the two nations have successfully made a phase one trade agreement. However, there has been no more progress made in that agreement, and it is unclear how Trump will move forward with the trade deal if he were to get elected a second time.

Joe Biden has not talked much about any foreign policy when it comes to India, but his silence speaks volumes. Biden has been vocal about human right violations in many countries, such as Iran, but when it comes to the massive violations and discriminatory policies that Modi has implemented, there is sheer silence. This signals that he does not want to lose the support of Indian-Americans to Trump. Biden’s running mate, Kamala Harris, who is half-Indian, has been slightly more vocal on the Kashmir conflict. She reportedly called out Trump for not having a full-time ambassador in Pakistan during Modi’s ‘Naya Kashmir’ period. However, Harris has always been a strong advocate for India-US ties, and if Biden becomes president, these ties only look to get stronger.

US jury rules in favor of man, who claimed to invent bitcoin