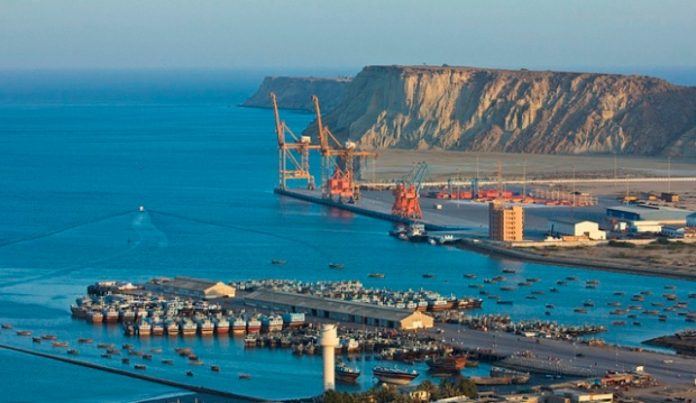 ISLAMABAD: The Special Committee of the Senate on China Pakistan Economic Corridor (CPEC) remarked that no substantial progress regarding CPEC projects has been made in Balochistan since 2017.

The convener of the Committee and Parliamentary Leader of the PPP in the Senate, Senator Sherry Rehman said: “Briefing given by the ministry and its various allied departments is insufficient and lacks details on many aspects. The departments are shifting responsibility on one another and there seems to be no institutional collaboration.”

The committee rejected the stance of the ministry, calling it insufficient. It decided to postpone the meeting in protest.

Mathar Niaz Rana, the Secretary of the Ministry of Planning, Development and Special Initiatives was directed to prioritize umbrella projects specified for Balochistan.

In an earlier interview with Global Village Space, the Chairman of CPEC authority Asim Bajwa stated that Balochistan was the focal point in CPEC initiatives.

Committee members, however, observed a lack of tangible advancement regarding CPEC, pointing out that despite recommendations, the provision of gas and electricity supply to the Bostan town of Balochistan and its development as a Special Economic Zone (SEZ) was not adequately achieved.

Regarding the Gwadar power plant issue, Senator Rehman said: “Two projects from Balochistan have been discussed. The SEZ and provision of energy to Gwadar. The federal government is misrepresenting the facts on projects on Balochistan, including the SEZs, as well as the power project for Gwadar which has been caught in Nepra tariff since 2017, and has still not cranked up.”

“SEZ at Bostan has received no Public Sector Development Programme (PSDP) funding and hence no progress could be achieved. Planning Division’s unprofessional approach towards CPEC and its various umb­rella projects with special reference to development of Special Economic Zones in Balochistan and other parts of the country is disappointing. We have decided that the planning minister will address the agenda on Balochistan himself,” Sherry Rehman added.

Earlier, the Chief Minister of Balochistan, Jam Kamal Khan called on Prime Minister Imran Khan in Islamabad on Friday to exchange views on development projects in the province especially the China-Pakistan Economic Corridor.

Senator Kakar commented that it is unfortunate that the 132-KV grid station at Bostan could not be constructed due to non-availability of required funds. Calling for the early completion of the project, he stated its urgency in terms of relief provision for the people of Balochistan.

Furthermore, Senator Rehman questioned the lapse in CPEC authority and the lack of clarity regarding coordination and future prospects.

Sherry Rehman concluded by saying, “We are still standing where we were one year ago. Parliament needs to be respected and taken seriously”

The former author has majored in Political Science and Media. She is a Film and History enthusiast who hopes to be a war reporter. Currently, she writes about socio-political issues.
She can be reached at shayannaveed@thecorrespondent.pk

Security beefed up in Karachi for PSL